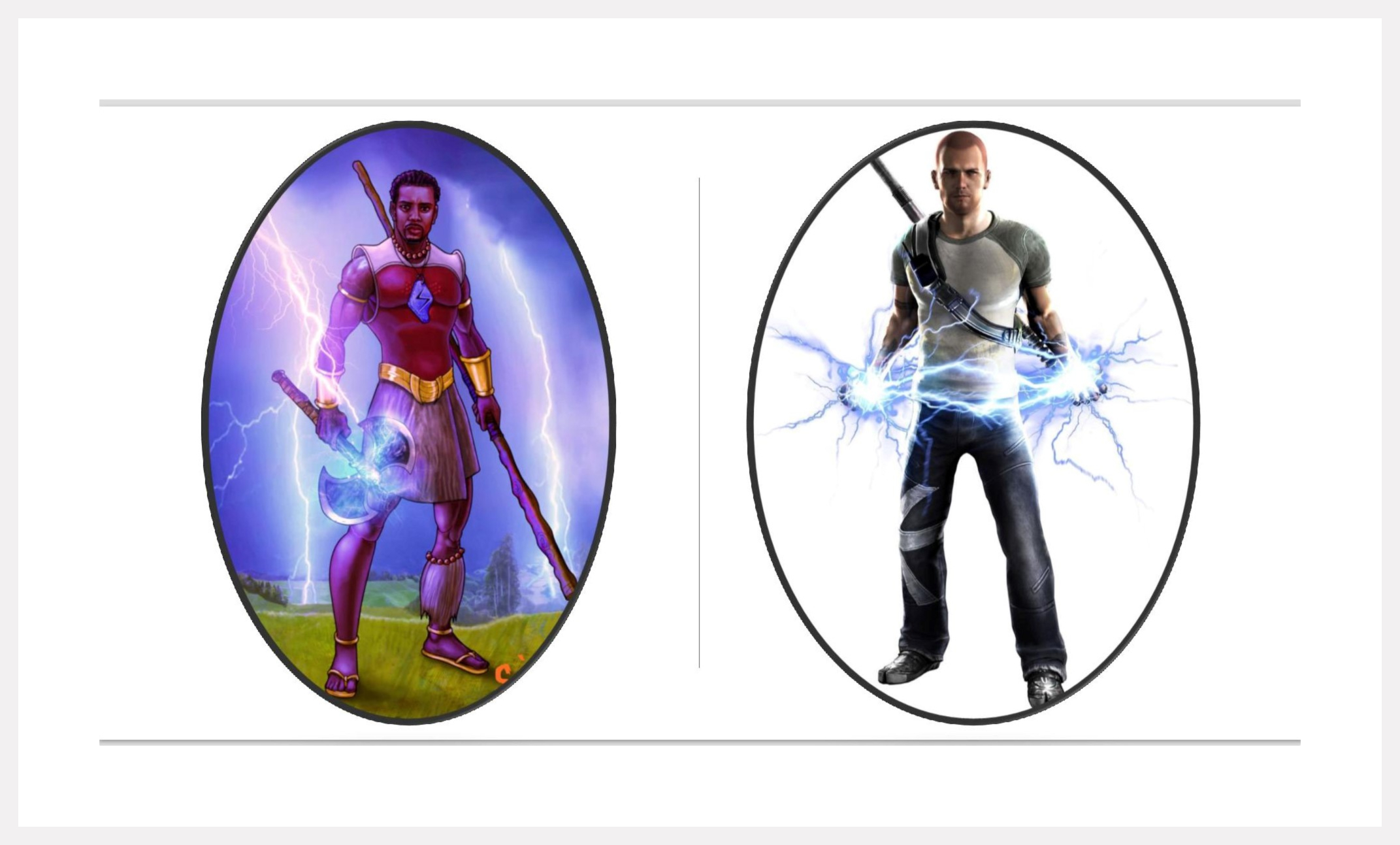 The foundation of “CalmandStrong” is based on comparing my experiences and realities with cancer and becoming a hip amputee as a teenager to the digital world of inFAMOUS and Cole. 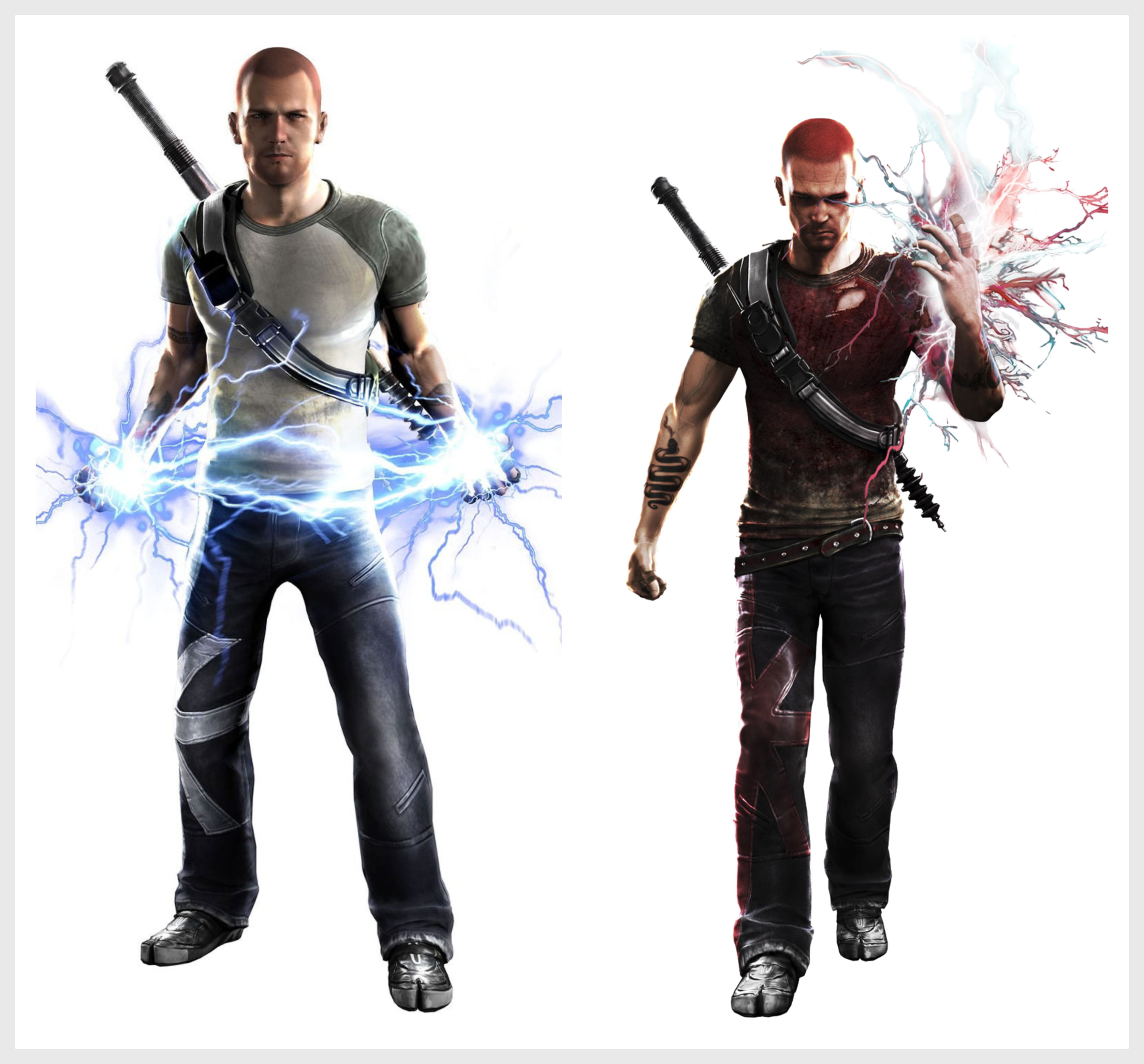 While Cole was delivering a package, it exploded leveling six square blocks of Empire City. Leaving Cole at the center, alive, but changed and able to control electricity. Cole looked at his new-found powers as a burden, and he knew he had a responsibility to save what was left of the city or destroy it.

This is where the karma system comes in because depending on Cole’s actions in the game. The civilians will react to him as being a “Superhero” or “Supervillain.”

For example, when Cole is a hero, the civilians will say, “You give us something to believe in,” and they’ll pull out their cell phones and say, “Hey look its Cole!” and take pictures of him while he is saving the city. The women in the game will ask if he dates normal girls or if he has a girlfriend.

When Cole is a supervillain, the civilians will protest him by chatting, “Cole is Crap!”, “Kill MacGrath!” and say, “You’re the reason why we have a death penalty!” They also form mobs around him and throw rocks chatting, “Let’s kill him before he kills us!”

There are “karma” moments in the game where Cole must think on his feet and do what he feels is right to him. For instance, civilians will approach Cole and ask him to heal somebody who is seriously injured. Cole has the choice to heal the person, or not care and go on about his business.

Depending on Cole’s actions, his appearance changes. For example, Hero Cole is clean and pristine. His electricity is blue, and his powers are defensive. He can also heal civilians and arc-restrain his enemies, which are electrical handcuffs.

Supervillain Cole appears dirty, with veins visibly showing throughout his body and he has red bloodshot eyes. His electricity is red, and his powers are about creating collateral damage killing anybody who gets in his way. He also drains the electrical charges from people killing them instantly, but re-healing himself in the process.

One of my favorite missions is from the original inFAMOUS called “The Price.” The mission starts with the antagonist Kessler telling Cole that he abducted his girlfriend Trish. Kessler had Trish hanging from one building and the other building had six doctors hanging.

Cole had enough time to go to one building before the bomb exploded. Which building would Cole choose? Kessler told Cole he could save Trish, the love of his life, or the six doctors.

This is the kind of phycological torture that Cole had to endure when he was forced to become a superhero.

Cole will always be special to me because I understood what he must have been feeling during his superhero journey, because I also experienced phycological torture, along with mental, spiritual, and physical torture while on my journey of defeating cancer twice as a teenager.

Shango: West African King and God of Thunder and Lightning 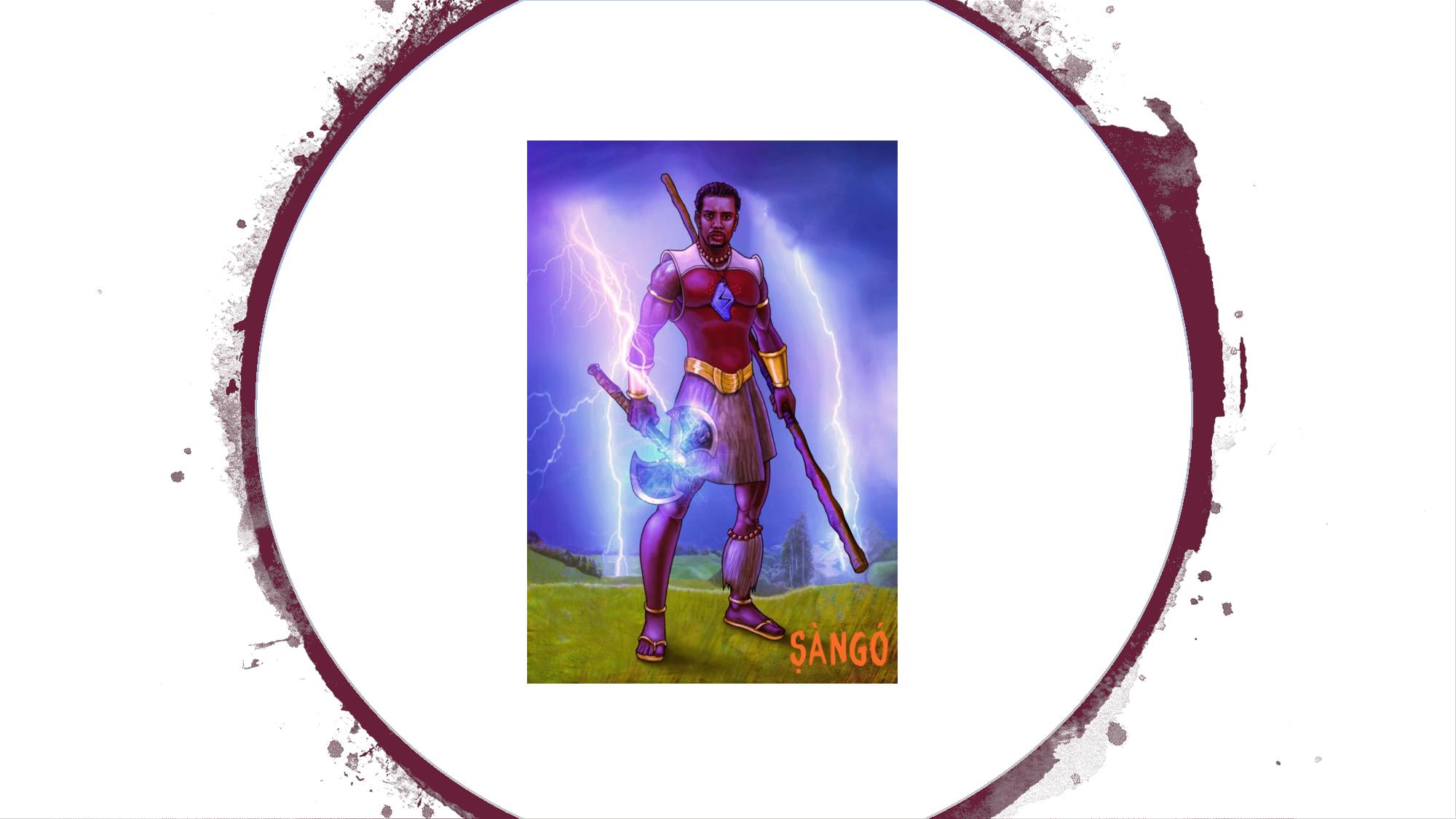 I recently found out about Shango, the God of Thunder and Lightning from West Africa. Shango was the fourth king from the ancient Oyo Empire during the 1800s (located in Nigeria), which was the center of culture and politics for the Yoruba people.

Shango is often depicted with a double-headed axe, and the symbol of a thunderbolt.

Although Shango was a powerful king, the people of the Oyo Empire felt he was unfair. When Shango’s throne was challenged, he fled for the forest and committed suicide by hanging himself from a tree. Shango became the God of Thunder because when he went up to the heavens, he sent fire down to the earth and destroyed the houses of his enemies.

Another account asserts that Shango was fascinated with his powers, and he started a thunderstorm and lightning struck his palace and unfortunately, his many wives and children were killed. He fled his kingdom after the tragedy and hung himself. Shango’s followers believed the storms were from his wrath, avenging his enemies.

Besides seeking revenge on his enemies, Shango represented the theme of being creative, authoritative, destructive, magical, medicinal, and moral.

Shango’s thunderous energy was used as a form of resistance during the transatlantic slave trade in the Americas for the Yoruba people during the 19th century. Shango is still worshipped in the Americas, especially in the Caribbean.

After the release of inFAMOUS in 2009, I became interested in electric-superheroes from different cultures and mythologies. For instance, Thor is from Norse mythology and is probably the most popular having movies, tv shows, etc. Zeus is from Greek mythology, and DC Comics created Static Shock and Black Lightning. These electric- superheroes were released before inFAMOUS, but they were an influence on Cole MacGrath being a modern-day electric-superhero.

Shango, who was often forgotten in history can now be added to the great list of electric-based superheroes.

I always get excited when I find out something new and interesting that existed hundreds of years before I was born. Knowing Shango was an electric-based superhero, a king, and an inspiration for his people who were forcibly in bondage in the Americas was fascinating to find out.

My favorite superhero and video game character is Cole MacGrath, but it was great for me to find out an electric-based superhero named Shango came from the origin of my existence: Africa.

I don’t own any content or images displayed from African King and God Shango and Cole MacGrath from the inFAMOUS videogame franchise.