2018 was very similar to 2017, but with different goals achieved. I’m looking forward to 2019 with hopes and blessings from God and guidance from my ancestors. 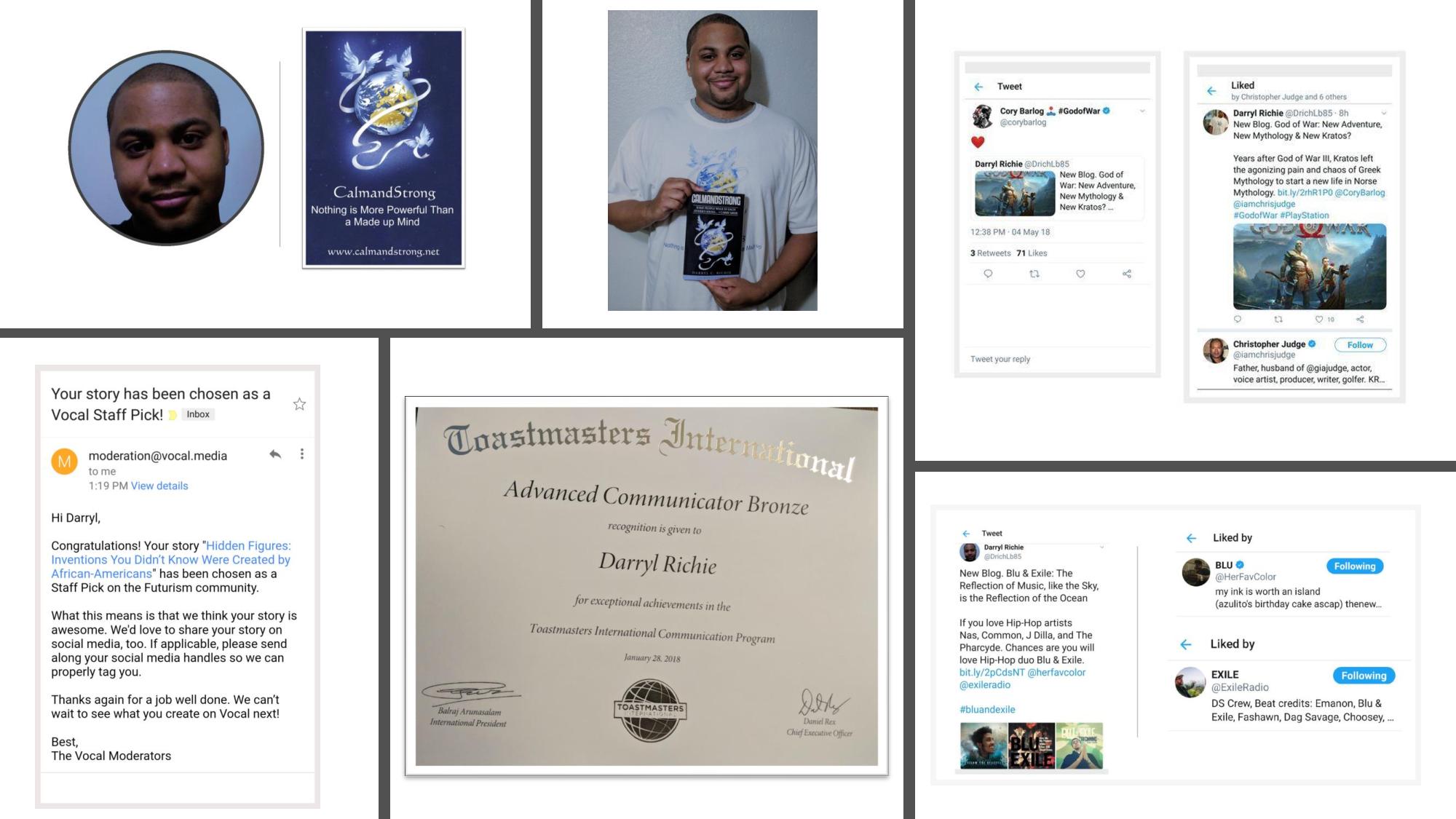 2017 was a year where I was working hard, but at the same time I was unable to see fruits from my labor.

2018 was basically the same with some accomplishments I’m proud of like self-publishing my autobiography, completed 20 speeches for Toastmasters International, and a couple Staff Pick articles were published on Vocal to name a few.

* I self-published my autobiography entitled, “CalmandStrong: Some People Walk in Each other’s Shoes… I Carry Mine.” The book is about connecting my experiences and realities of being a two-time cancer survivor and hip amputee to the digital world of Sony PlayStation’s inFAMOUS videogame franchise and superhero Cole MacGrath.

* My article entitled, “Hidden Figures: Inventions You Didn’t Know Were Created by African-Americans” was a Staff Pick on Vocal.

* My blog about Hip-Hop Duo Blu & Exile was entitled, “Blu & Exile: The Reflection of Music, Like the Sky, is the Reflection of the Ocean” received Tweet acknowledgments from Blu & Exile. Even though they only released three albums as a duo, they are some of the best albums I’ve ever heard. 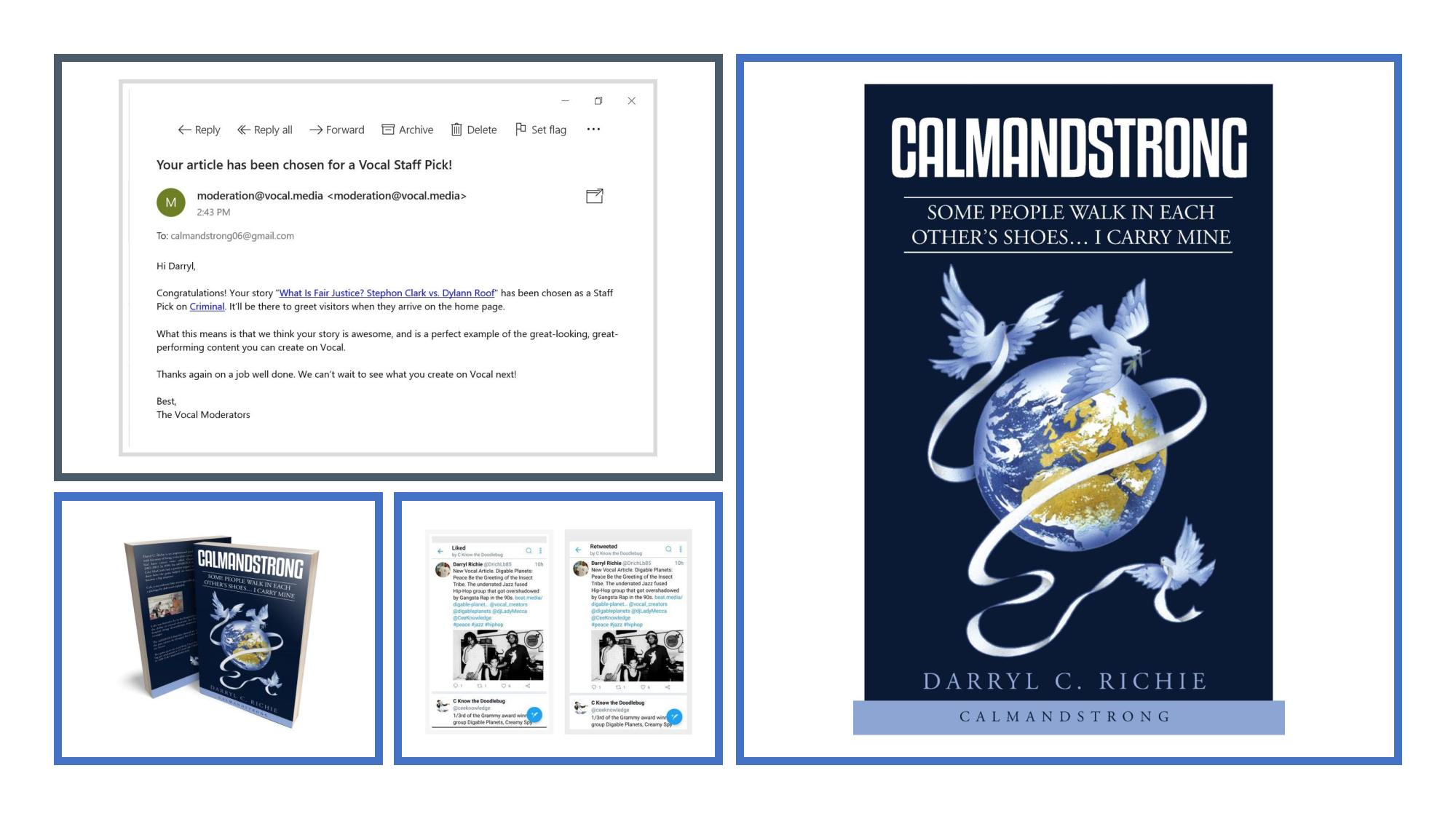 * My article entitled, “What is Fair Justice: Stephon Clark vs. Dillion Roof” was also a Staff Pick on Vocal.

* Self-publishing my autobiography was my biggest accomplishment of 2018. I put a lot of effort explaining what I’ve been through as a teenager cancer survivor, and I wanted to make my story universal. My goal was to make my autobiography an easy read, so I put images in certain parts within my book to help the reader better understand my pain, struggle, and accomplishments. I feel this was a great way to keep the reader engaged and emotionally invested in my story.

For instance, one person said she felt that she was with me during my journey. She also said she felt my pain. sadness, and accomplishments.

Another person said my book was inspiring, captured her immediately, and she finished it in one day.

Another person said my book was overwhelming because of the adversities I faced of having cancer twice and losing my right leg at 17-years-old. She explained to me her favorite chapter was the last chapter: Chapter X: Epilogue.

Within the Epilogue chapter, I have a sub-chapter entitled, “The Impact: Tragedy to Testimony.” A few family members gave their thoughts about how I was able to overcome and defeat cancer, and how I was able to adapt to a new way of living of becoming a hip amputee.

My Grandmother said, “I’m just thankful my boy is still here with us.” 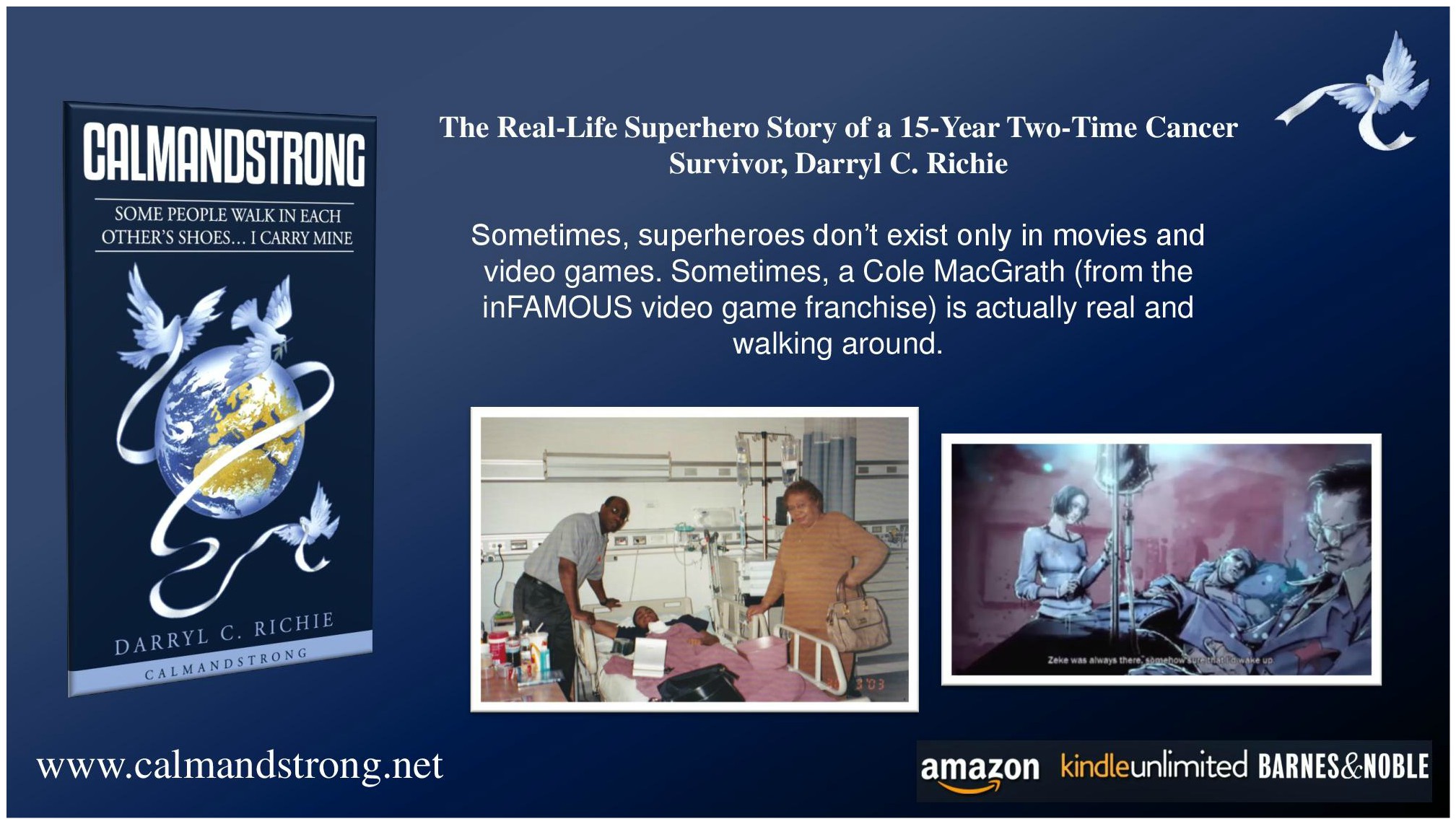 Do you have a favorite bookstore? Click here: https://www.books2read.com/CalmandStrongBook 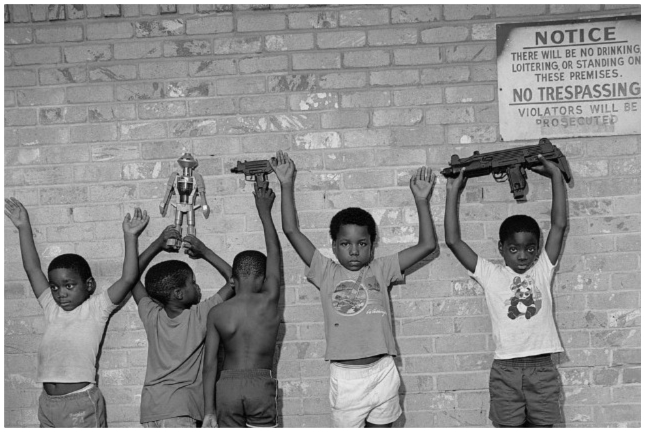 Throughout the last few months, I’ve been fascinated with the hidden history of Africa. Although I have a Minor in Africana Studies from California State University, Long Beach. I feel I’m learning more now about African history than I did while in college.

Hip-Hop artist Nas released a new album this year entitled, “Nasir.” The content throughout the album touches on African history, and social-political topics that impact the African-American community in the United States.

For example, songs like “Not for Radio” touches on African history and bridges the gap between African-Americans and their ancient African ancestors.

Nas made a short film of his album, Nasir. To check it out, click here: https://www.youtube.com/watch?v=tiv6sZBXJ_w

It was refreshing to hear an artist speak about the hidden history of African people and the continued struggle of African-American people within their music in 2018.

The Future is Now

I feel 2017-2018 were very similar, but I was still able to accomplish different things. I’m looking forward to 2019 because I feel a new beginning is coming soon, and people will get the see my creativity in action while sharing my superhero story.

I thank God and my ancestors for their guidance and blessing during the year of 2019.

The “Photos” tab has images with links that will direct you to the stories of my accomplishments, click here: https://www.calmandstrong.net/photos

From 2013 to 2018, I’ve written 131 blogs on my website, calmandstrong.net, and 25 Vocal articles about many different topics such as health and wellness, music, politics, racism and injustice, history, video games, crime investigations, and sports.

To check out my Vocal profile, click here: https://vocal.media/authors/darryl-richie?page=1

I don’t own any content from Nas’ Nasir album. No Copyright Intended. All content is copyright to their respective owners. Nasir album cover and Nasir film is property of Mass Appeal Records and Def Jam Records.

I don’t own any content from the inFAMOUS images. All image content is copyright to their respective owners. No Copyright Intended. All Rights go to Sony Interactive Entertainment (SIE), developed by Sucker Punch Productions.