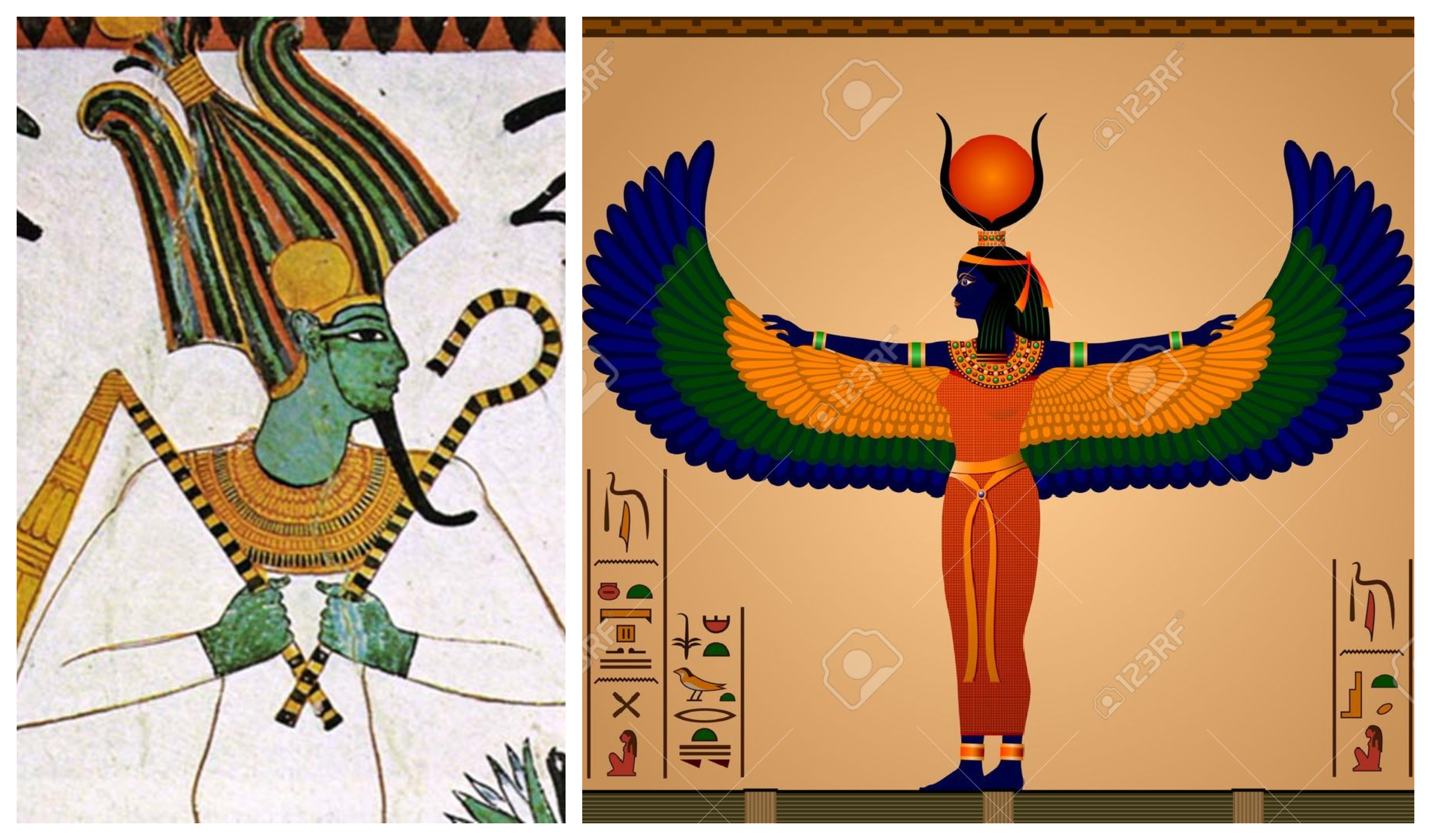 In ancient Kemet (Egypt), Africans created a numerical system that broke down the universe in a way to find out what God form they were. This system lined up with a specific person based on their chosen Gods or Goddesses, and their incarnation name, according to Speaker and Lecturer Bobby Hemmitt.

The incarnation name is the birth name of a person. The numerical system works by counting the number of letters in your full name (first, middle, last), and the letters go up to 32. 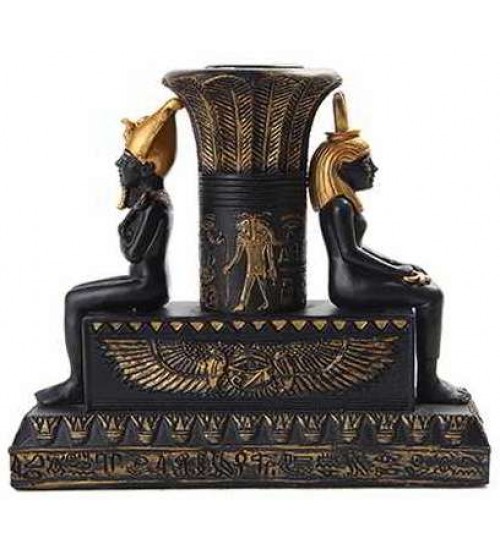 Osiris is God of the underworld and judge of the dead. He is also known for justice and rebirth because of his experiences. As a living God, Osiris was depicted as handsome, and dressed in royalty wearing a crown in Upper Egypt, according to Joshua J. Mark of Ancient History Encyclopedia.

As one of the most popular Egyptian God’s, he was known as The God of Love, King of The Living, and Eternal God. He was just, generous, and the God of giving life and abundance. Osiris is also known as a terrifying figure who sends demon-messengers to drag the living down to the realm of the dead, which only happened occasionally.

When Osiris married Isis, Osiris was the God of the Earth, and Isis was his queen. They were rulers of the world and took the responsibility seriously because they made sure humans were living in paradise with streams of water being easily available, plenty of food to eat, and the perfect climate for human living conditions.

While they were ruling the world together, there was no injustice, all men and women were treated equally, and everybody lived peacefully.

Even though Osiris was a just and kind ruler, he was killed by his resentful and jealous brother named Set. Osiris came back to life with help from Isis, and became pregnant with their son, Horus.

Although Osiris experienced a rebirth, he was unable to rule the land of the living, so he withdrew into the underworld where he became God and Judge of the Dead. Isis was afraid of what Set would do to her son, so she hid him in the swamps of Egypt. Horus eventually emerged as a mighty warrior and conquered Set and the chaos he created.

Horus followed in his father’s footsteps and restored law, order, and equality to the world while ruling with his mother.

Isis’ name is referred to as seat, because of her stability to stay on the throne of Egypt. She became the goddess of all people in Egypt, which meant male, female, royal or the everyday common person looked for her guidance, according to Mark.

In some stories, Isis disguised herself as a homeless woman, an old woman, a mother mourning her child, a wife searching for her husband, and a woman fighting for her family to name a few. Egyptians identified with these stories because they believed the Goddess Isis would help them during their darkest times.

Osiris’ myth became the blueprint of values such as justice and rebirth that has had an impact on Egyptian culture, which consists of humans having harmony, order, and showing gratitude towards each other, along with Osiris granting them eternal life.

Isis’ myth represents love, magic, and harmony, which is the Egyptian Goddess Maat. The Egyptian’s believed the God’s depended on them to live accordingly to the rules of Maat because they would live a peaceful life on earth and will be rewarded in the afterlife.

Osiris and Isis Have Always Been Within Me

After doing my research about Osiris and Isis. I realized they both came to me spiritually at different times in my life. For instance, I believe when I was diagnosed with cancer at 14 and 17-years-old. Osiris was with me during this scary time because he helped me defeat cancer twice.

Another time I could remember was when I created the foundation of “CalmandStrong.” I was in my darkroom with just my computer. My creativity was at its highest during this time because Osiris was guiding me through the process of me wanting to inspire teenagers and young adults with my story of being a two-time cancer survivor and hip amputee.

Osiris is the God of the afterlife and his realm is always dark. I was in my own dark realm, but I believe Osiris brought me out of the darkness, and CalmandStrong became my light and rebirth.

Isis also came into my life while I was creating CalmandStrong. Sony PlayStation’s inFAMOUS videogame franchise and superhero Cole MacGrath is a part of my story because I was inspired by how he carried himself as a superhero after facing many adversities. 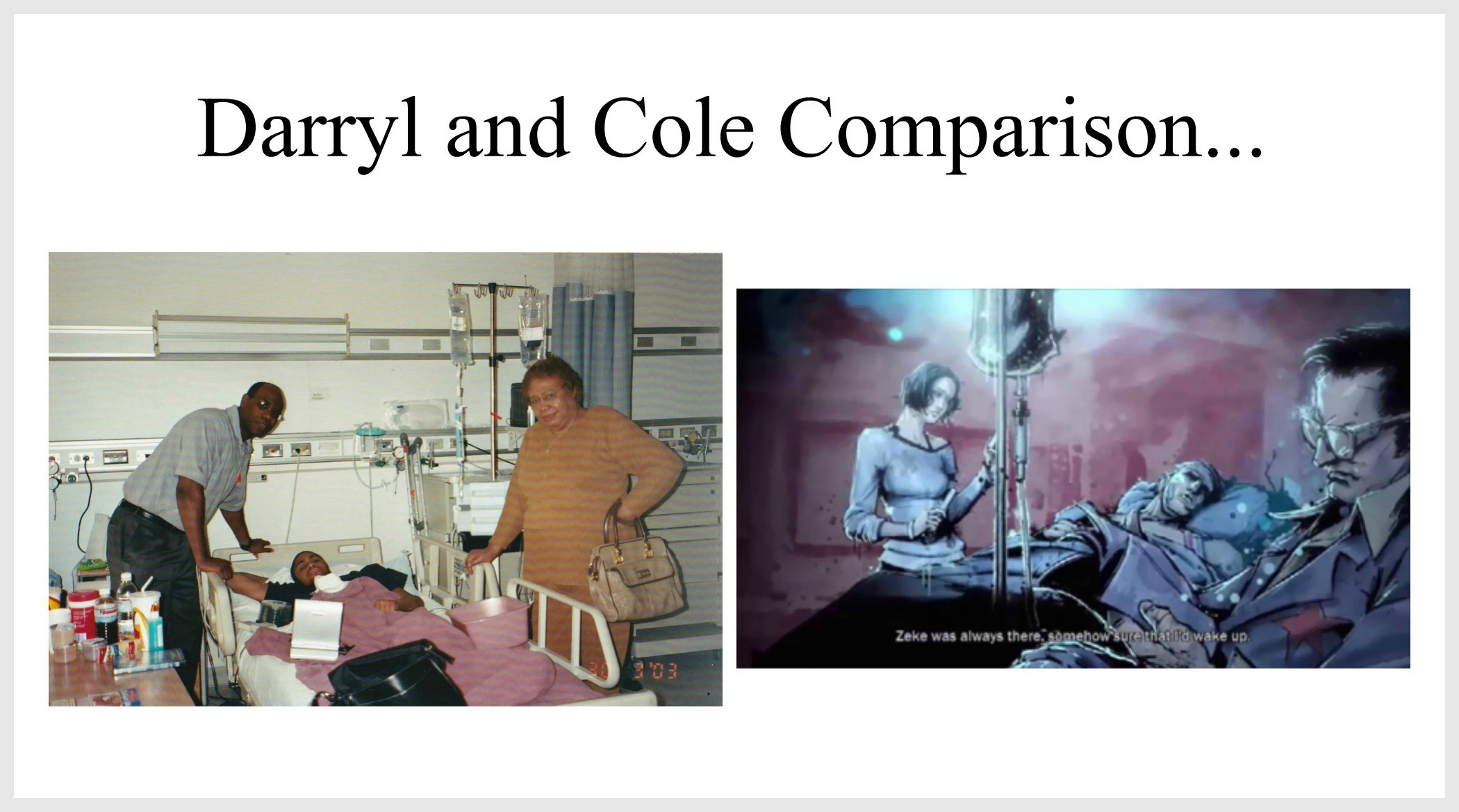 I believe when I played the original inFAMOUS in 2009, Isis forced me to notice the comparisons between Cole and myself. The first thing I noticed was when Cole and I were in the hospital with our friends and family members by our bedsides.

This picture of me was taken in 1999, and the other image I lifted from the original inFAMOUS, which was released in 2009.

Even though there is a 10-year difference, the comparison with Cole and me is undeniable. The magic of Isis helped me articulate everything concerning CalmandStrong, and the comparison between Cole and myself.

My imagination was at its highest in 2013, and I ended up with an idea that has never been done before. I’m 33-years-old, and I appreciate God Osiris and Goddess Isis for guiding me during the process of helping humanity through my creativity.

“The realm of imagination is the ultimate, most powerful realm.”

I don’t own any image and content with Osiris and Isis. No Copyright Intended. All content is copyright to their respective owners.

I don’t own any content from the inFAMOUS images. All image content is copyright to their respective owners. No Copyright Intended. All inFAMOUS content is property of Sony Interactive Entertainment (SIE), developed by Sucker Punch Productions.

Ancient Origins. The Story of Osiris: How the First Ruler of Egypt Became God of the Underworld. September 18, 2018. December 12, 2018. https://www.ancient-origins.net/human-origins-religions/story-osiris-how-first-ruler-egypt-became-god-underworld-008953