While doing my chemotherapy treatment, it was time for Doctors to decide what to do because the chemotherapy shrunk the cancer as much as it could. The Doctors insisted there was nothing else that could be done but to amputate my right leg in order to save my life in 2003.

I asked the Doctors was there anything else they could do, and they kept on insisting if I want to live, I must get my leg amputated. Then I asked if my leg is amputated below or a little above the knee I could still walk and run with a prosthetic leg, right?

The Doctors said I would have to be a hip amputee, which means my whole right leg would have to be amputated. Then I asked will I be able to run again, and they said no. I would only be able to walk, but with a limp. I was also told that I couldn’t get another knee replacement because so much reconstruction had already been done to my leg, and I would be just dragging it around and not using it.

“I cried, but I knew it was the best thing. I’d rather have him healthy than have him sick with a leg that was destroying him,” my Mother said. “The Doctor pretty much said his life or your leg, so we chose his life.”

“I was devastated when I heard the news, but the amputation would save his life,” my Father said. “I looked at the big picture, and it saved him, and he was able to live a normal life. I wish he had his real leg, but he is still here, we all love him, and everything is good.”

“I knew it was never going to be the same. We couldn’t do stuff together anymore like how we use to do,” my Brother said. “Everything was going to be different.”

“I didn’t know as far as getting his leg amputated what was going to come after that,” my Sister said. “We knew he was going to get a prosthetic leg but wasn’t sure if he was going to be able to walk properly, or just be able to have a normal life. I think that was the main concern for the family.”

Becoming a hip amputee was the safest choice because the cancer had traveled to my right lung, and Doctors didn’t want to take any more chances.

Once again, my Parents and I were back where we were three years earlier, but this time my leg was going to be amputated. I was scared because I was born with two legs and it never crossed my mind that I was going to part ways with my right leg at 17 years old. This experience was the most difficult for me to deal with because I had my right leg my whole life, then after a few hours of surgery, it was gone forever.

At 17 years old, I became a hip amputee and could now only walk with a prosthetic leg in 2003. Once again, stitches and staples were used to help keep my body together after my leg amputation surgery.

I remember after my surgery, I began experiencing phantom pain, which was extreme pain where my right leg was amputated. Although my right leg was no longer there, the nerve endings continued to send tingling, cramping, heat and cold pain signals to my brain and made me feel like my right leg was still there.

I was familiar with being up many nights because of sharp pains rushing throughout my body, but phantom pain was a whole new monster that I wasn’t ready for. The pain felt like I was constantly being stabbed by knives because the nerve endings were severed and were trying to re-connect.

The pain would stop for only a few seconds, only to continue and the pain got worse and worse every time. Like when I had a knee replacement at 14 years old, I was prescribed Vicodin and Morphine to ease the pain.

The prosthetic leg for being a hip amputee is the most uncomfortable and painful because I must sit in hard plastic, and unfortunately, this is a reality that will never change. I was forced to learn how to adapt to the pain by not thinking about it, and move forward.

What I hate most about being a hip amputee is the consequences of always sitting in hard plastic. For example, every time I’m in my prosthetic leg, I’m always sore, but I don’t know how sore I am until I take a shower at the end of the day. When the warm water hits that sore spot for the first time, that’s when I find out that I’ve been bleeding and didn’t realize it because my prosthetic always feels the same all the time.

Sometimes it gets to the point where I have to force myself not to put on my prosthetic leg, so I could give my body enough time to heal before walking in it again.

My prosthetic leg also weighs about 15 pounds, and I must thrust my hip forward to kick the foot out to make the leg move in a forward walking motion. The best way to describe me walking as hip amputee with a prosthetic leg is the same as a person doing a light jog with two healthy legs. 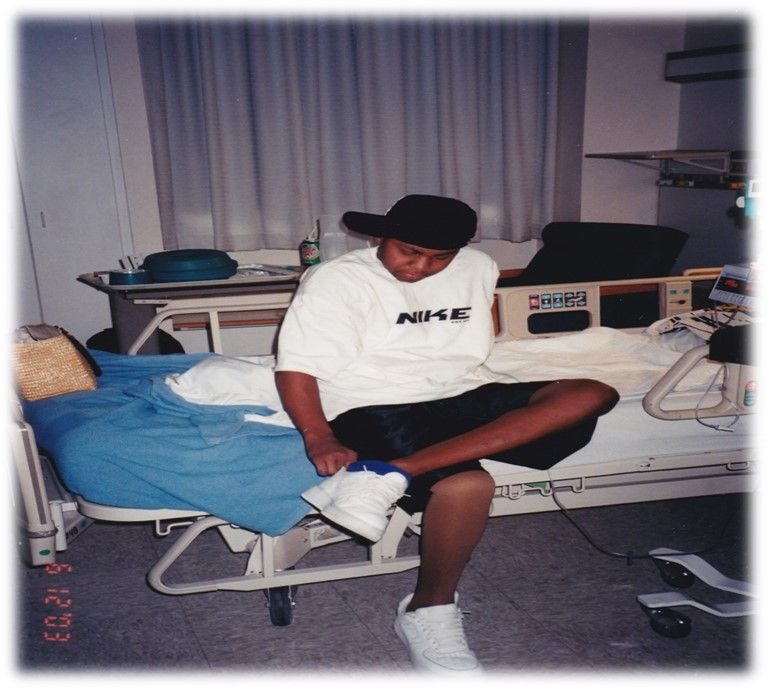 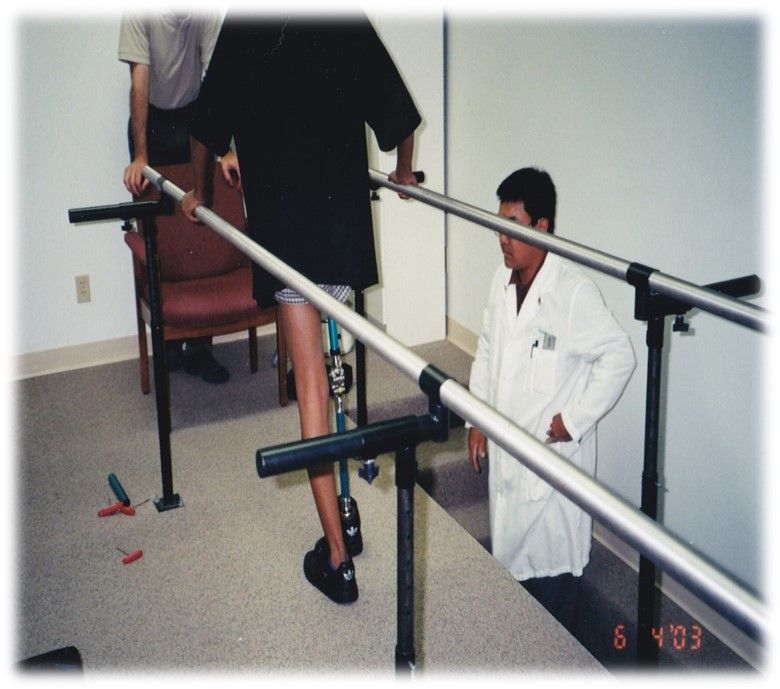 Simple things such as walking, standing, sitting, kneeling and lifting can be difficult for the hip amputee.

In addition to the physical impact of hip amputations, they also have an increased impact on self-image. There is an increased worry and stress as these surgeries start encroaching on that personal area involved in central body functions and gender identity.

Sometimes, the surgery affects bowel, bladder or sexual functions. Most of the time, it does not. But either way, it starts involving the core of the body. No longer does amputation focus solely on the loss of some or all of a limb. The emotional and psychosocial aspects of these amputation levels can be even greater than those for other amputations.

A person with an amputation below the hip and pelvis may not be dealing with body core function and image. It may be difficult for people to understand or connect emotionally with the concerns of a person with a hip amputation.

It’s a sad truth that many people don’t survive the disease or injury that can lead to amputation at this level. Amputations at this level carry a significant death rate at the time of surgery or during hospitalization immediately after that. Some studies show that up to one-third of the people hospitalized for trans-pelvic surgery don’t survive.

Age can also play a factor. Scarring and grafts tend not to be as big a problem for children as they are for older adults. Many younger children amaze their physicians and therapists because they master walking and sitting, learning to live with the tremendous losses that amputations around the hip bring. While adults also must overcome these losses, it’s far more difficult for them to find similar success with prostheses.

Becoming a hip amputee also affected me mentally, spiritually and physically just like the chemotherapy did. Becoming a hip amputee and doing chemotherapy treatment at the same time made everything overly difficult for me to deal with. I did my best to deal with this difficult situation, but at the same time, I didn’t feel I had enough fight in me to want to move forward.

Through all the pain and suffering I was forced to endure. I was homeschooled again by the same teacher who came to the hospital and to my house when I was first diagnosed with cancer when I was 14 years old.

During the week of my high school graduation. I just finished one of my chemotherapy treatments, and I was able to physically be there on graduation day. I was in a wheelchair, and one of my basketball teammates pushed me up the ramp so I could receive my high school diploma.

I graduated on time with the rest of my classmates from Silverado High School in 2003.